A while ago, the Ninja Turtle decided to make the most of her countryside life by dragging GodzillaPin blackberry harvesting with her. Not long after, while out on another one of her countryside strolls, she chanced upon a fallen damson plum tree in the next village, Bethelainville. The weather in France has been very bizarre this summer, and in this part of Lorraine, most of August had been dreary, with cloudy mornings, storms and high winds, and lots of rain.

Any chance of wearing summer clothes and getting a tan were out of the question, and even the local flora succumbed to the wild weather, hence the poor fallen tree. Of course, the Ninja Turtle isn’t one to pass up any chance of sampling what Mother Nature has to offer, and since the tree was already done for, she figured it’d be a real shame to leave those luscious fruits to perish in the elements.

Walking the 2 hilly miles home with her pockets loaded with as many plums as she could possibly stuff in them was cumbersome, to say the least. Trying not to squish them made the job even harder, but her heart was bursting with excitement at the thought of what she could do with those. 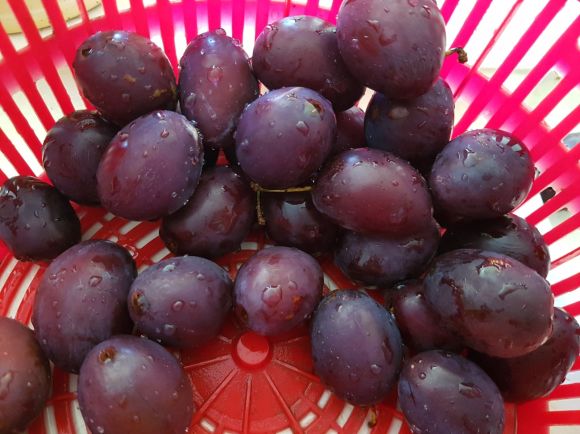 What’s most peculiar to the Ninja Turtle was that Lorraine is generally known for another variety of plum, a small yellow spherical ball of sweet juiciness known as the mirabelle. In fact, the mirabelle is so popular here that in Metz, there is an annual festival in Metz known as the Fête de la Mirabelle, where the fruit is celebrated to the fullest for 2 whole weeks, with concerts, food and wine tastings, exhibitions, activities for the children, a parade, fireworks, and even a beauty pageant that finishes with the crowning of a Queen Mirabelle!

The Damson plum, in comparison, seems to silently fade into the background.

So the Ninja Turtle decided to do it some justice, and celebrate it in her own way – by turning it into a cake, with a recipe which has proven to be wildly popular among friends and family this summer. Enter: the lazy baker’s guide to making scrumptious desserts with minimal washing up.

In fact, these cakes are so popular that she has resorted to making double batches each time because they get devoured in a couple of days.

The Ninja Turtle has received a few requests for the recipe, so without further ado…

For this spiced plum and chocolate cake, add:

The Ninja Turtle has played with various versions of yogurt cake, using those aforementioned blackberries in one, making a chocolate buckwheat streusel in another (that one was a crowd favourite), and even experimenting with a bottle of dark beer in another. The cakes never last, so she’s concluded it’s a recipe worth keeping (and sharing!)

Best of all? Aside from a teaspoon, you’re only using that one little yogurt pot to do all your measuring. How easy is that? 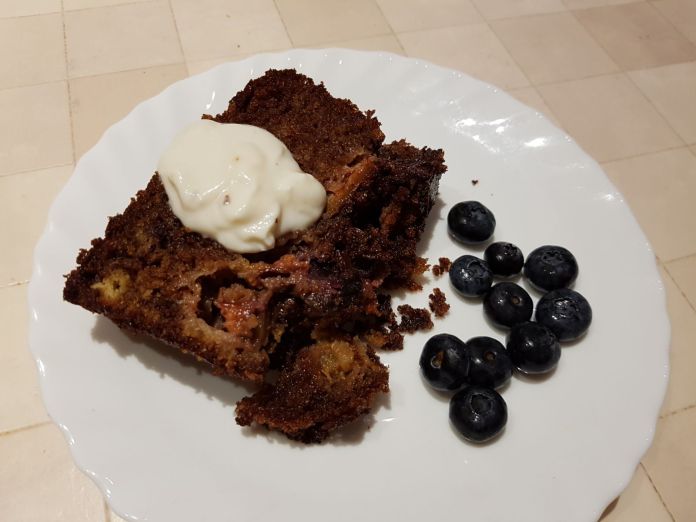 The Ninja Turtle ate her cake tonight for dessert with a dollop of yogurt and some blueberries.

How do you make the most of summer fruits? 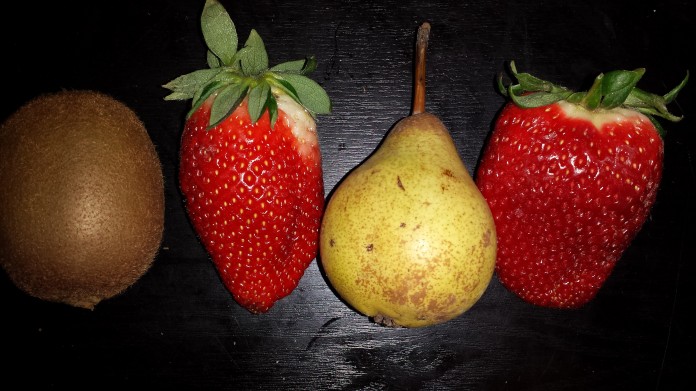 Is it a peculiarly petite pear?

Or are those monster strawberries?

The answer lies in the kiwi…