This last weekend, GodzillaPin and the Ninja Turtle headed towards why-the-hell-would-you-go-there?, also known as Mulhouse in Alsace. Truly, this was the sentiment of every single person whom they’d met along the way, most of them were Mulhousians themselves, and truly could not comprehend why the duo would want to visit a town they were clearly not very impressed with, nor very proud of.

What most people didn’t know was that Matt Damon was in town that weekend. For this alone, Mulhouse was worth visiting.

Mulhouse is really quite a nice little town, and we had Lady Luck smiling upon us with great weather to boot. Two glorious days of sunshine saw the trio going wild.

You get the same pretty buildings, without a surfeit of tourists crawling around like insects to ruin the photos.

Also, this may be the reason why Mulhouse is surprisingly friendly on the wallet. Mulhouse is known for its museums, and within the old town itself there’s the Historic Museum within the Hôtel de Ville (pictured above) and the Museum of Fine Arts, both of which are free to visit. A fun fact learnt during this visit is that prior to being a part of France and Germany (albeit for a very short while), Mulhouse was an independent state, and a part of the Swiss confederation.

The dominant religion was Calvinism, which meant the town’s main church is not a Catholic cathedral, but rather, known as the Temple Saint-Étienne.

Architecture aside, the town is also full of little artistic surprises. From sculptures to graffiti, there was beauty lurking in every corner.

Some art to make a statement…

Some art for good fun… 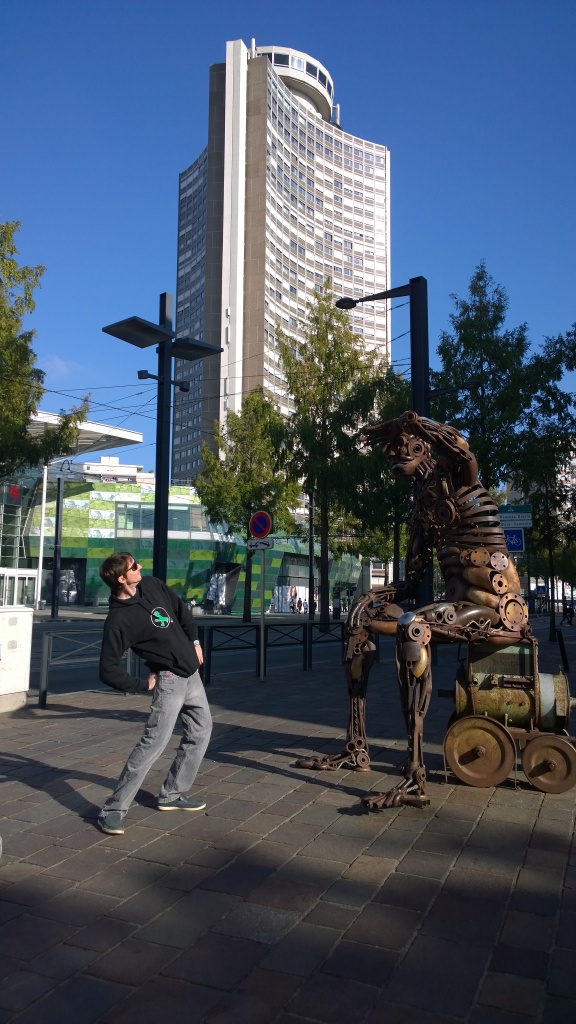 And some art, we simply cannot understand.

There was even interactive art in the train station of Mulhouse – a piano open to anyone and everyone to play. There’s an ongoing competition where people can get their friends to film them for two minutes, upload the performance on YouTube, and the winner gets a piano.

Although we’re not entirely sure that GodzillaPin would win with his rendition of Riders On The Storm.

Among the big-name museums in Mulhouse, they settled on the Cité du Train, not because they’re particularly fond of trains, but because it’s the biggest train museum in the world. After all, the biggest anything in the world merits a visit, right? 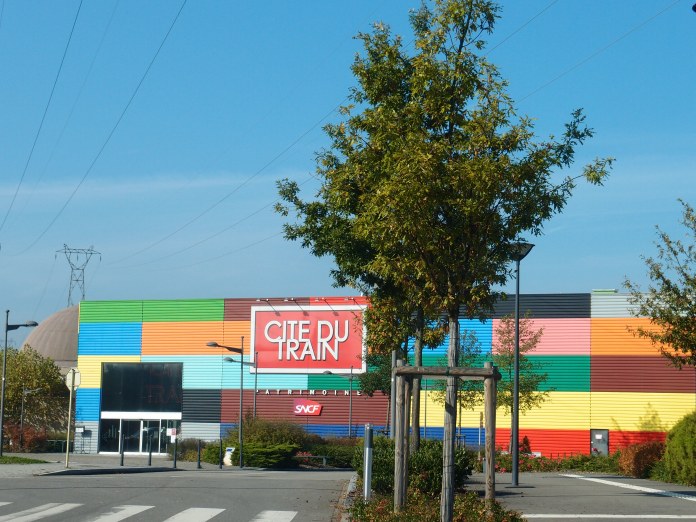 It was impressively huge, even with about half the museum currently shut for health and safety reasons due to a damaged roof. 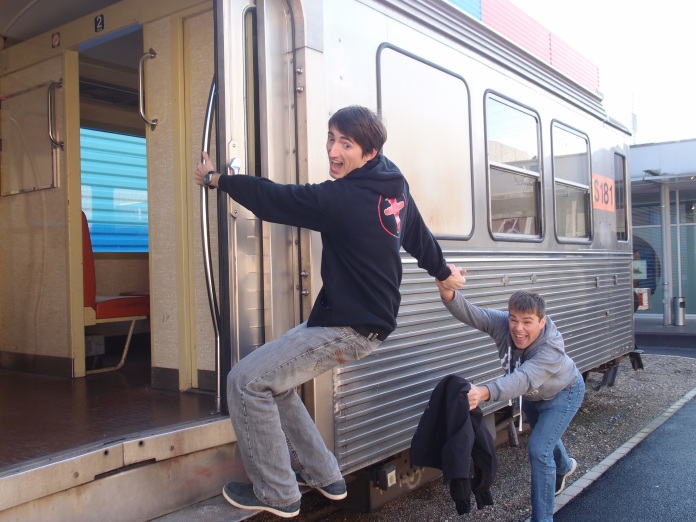 And is good fun for the family, especially the kids.

Fun and games aside, it was an indulgent weekend…

With plenty of good food… 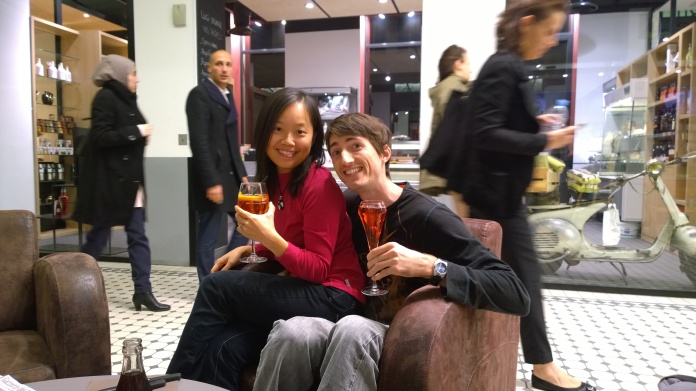 Twice they missed out on dining in their first choice restaurant – the first because it was inexplicably shut on a Saturday afternoon, and the second because the restaurant was filled on the Saturday night and none among the three of them thought to make a booking in advance. Nonetheless, they found substitute restaurants, and in the span of two days, dined upon Thai, Italian, traditional Alsatian and Japanese.

Mulhouse – the city of gastronomy?

Not quite, but if you’re thinking of visiting Mulhouse, don’t let the strange looks and worrying comments put you off. Perhaps these people are simply discouraging the rest of the world from discovering this little gem in Alsace.