We’re one month into 2015, people. How’s the year been so far? For the Ninja Turtle, it’s been a whirlwind of travelling, work and training. After two months away in Australia and Singapore, she’s also been bouncing back and forth between Metz and Fromereville, not to say her brief stints in Paris and Frankfurt. Although her new job permits her to work from home, she’s still putting in anywhere between 7 to 9 hours a day, plus the few hours on weekends too, depending on how much needs to get done. As some readers may have also guessed, she’s stepped up her training this year, logging double the distance in her weekly mileage as she did this time last year.

Suddenly, the Turtle’s got to commit an extra ~10 hours a day to things she never did before, and still she’s only got 24 hours in a day. Between running, seeing the world, and doing a job she absolutely loves, her life is full to the eyeballs, and for that, she is grateful. It’s taken three long years to get it all together, which is why this weekend, she’s turning her attention back to someone who’s helped make it possible.

It’s taken time and a few loud and emotional conversations, but GodzillaPin’s finally adjusting to the new dynamics of the relationship (less home-baked cookies, slightly messier apartment, but a less anal-retentive Ninja Turtle who’s too tired to really give a damn about the small stuff anymore). Yes, with every change, no matter how positive and exciting, comes the need to adapt, and when one is in a relationship, these changes affect the other person too.

The run in the snow and ice last week led to a niggle in the Ninja Turtle’s right foot, so after 3 more training runs when the niggle made itself more and more apparent, the Turtle’s decided to take a whole week off training. Yup, ONE WHOLE WEEK of no running. No guilt for it either (hear that, buddy?) Why run a small problem into a big one, when taking a short break can avert a potential stress fracture or something worse? The Ninja Turtle learnt from her first marathon training, that if you insist on training through the pain, you eventually miss more important workouts. It’s a small compromise to make, missing the 28 miles in her cut-back week to run the 58 miles in the following build-up phase. At worst, she’ll lose a bit of fitness and gain a pound or two. At best, she’s not risking burn-out before the race.

Suddenly, with training out of the picture for a few days, she’s got TIME! And this weekend, she turned her gaze back to GodzillaPin, happy man. Saturday was spent shopping, eating, and strolling around town in the freezing cold, but the photo of the boathouse on the Moselle river made it totally worth it. They came home and made ground beef fajitas, guacamole, and a salad of corn, tomato and cucumbers for dinner, watched a really bad film, and fell asleep bitching to each other about how awful the movie was.

Sunday started with the most romantic gesture on GodzillaPin’s part – doing housework. OK to be fair, it was tidying up the basement a.k.a wine cellar, and they did it together, which made mucking in the dust actually kinda fun. Then, since it’s the first Sunday of the month (which means free entry to some museums in France), it was off to Nancy!

And yet, its emptiness just added a surreal charm to its beauty.

The museum they visited was the Musée des Beaux–Arts de Nancy, and they both agreed that it was by far their favourite Fine Arts museum among the many they’ve visited around Europe, and in their opinion, even better than the one in Dijon. The Ninja Turtle loved two things about this museum – the tableaux were enormous and added to the grandeur, AND the sequence of display started with the most recent art and moved back in time as one ascends the upper floors. Too often, museums start with antiquity, and by the time you reach the 18th century, you’re tired, need to pee, sit down and have a coffee, and you don’t care about anything that comes after Louis XIV.

Then, it was off to a late lunch. 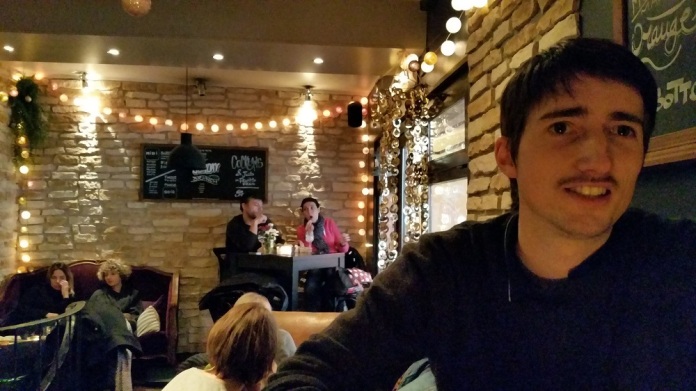 It was supposed to be all romantic with flowers, candles and red wine… 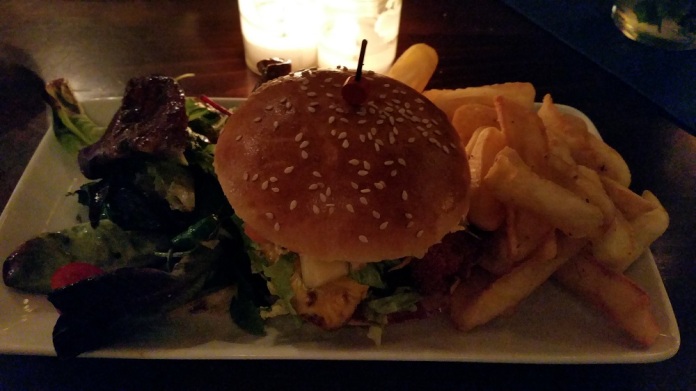 But of course, a date is only as good as the food. So they ordered burgers. The Ninja Turtle’s last burger was in Sydney with Sonic the Hedgehog on Melbourne Cup Day. She’s feeling more guilty about this than she is about missing her training, but damn, it was an awesome burger.

So that’s it, a weekend of investing some time and attention in the relationship. It’s a nice change from the routine of “how’s your day”, “we need to do our grocery shopping tomorrow”, “please lock the door behind you”, “don’t leave your clothes in a stinky pile on the floor we have a clothes basket for that” to hold hands and run in the snow, make silly remarks and crack stupid jokes, and indulge in the little pleasures of life like fine art and good (but oh so bad for you) food.

Do you feel guilty for missing a run, even if you’re sick or injured? Why?

Would you consider your partner a good friend too? How do you keep the flame strong in your relationship?

7 thoughts on “Love and Life: The Great Balancing Act”